Our hectic busy lives are slowly but surely taking their toll and it manifests with a lack of time, feeling tired, and missing precious time with our families. Imagine how things would change if you decided to spend one night doing something together instead of scrolling through social media or watching that endless TV show again?

But what could you do together, you wonder, when all of you have your interests – the kids like to watch cartoons or play games, you and your partner have chores or are too tired to function in the evening. A family game night could change so many things for all of you. It will help you bond and spend less time staring at a screen. And while in the past people used to do this because they were looking for ways to have fun, today people do this to get closer to each other, laugh and spend some quality time together without the presence of phones. 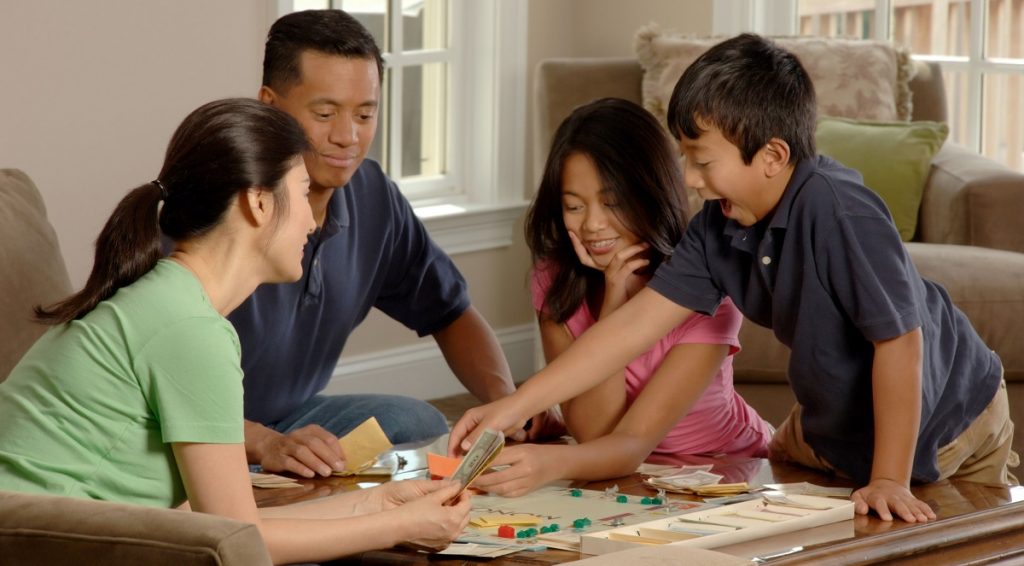 You can play various games, but if your kids are younger, maybe you can start with something less complex such as playing card games together. This way your kid will learn how to be a team player, learn how to communicate with you and create some valuable family memories. Here are some interesting card games for kids (but also for family game nights).

Every player draws a card and the one who gets the highest number is the dealer. If the player draws a special card that has no numbers (Wild Card), the player should return the car to the bottom of the card deck and drew another car. If two or more player draws the same high number, they put the cards at the bottom of the deck and draw another car. Every player takes turns that consist of matching the upmost face-up card in the pile or playing one of the special cards. 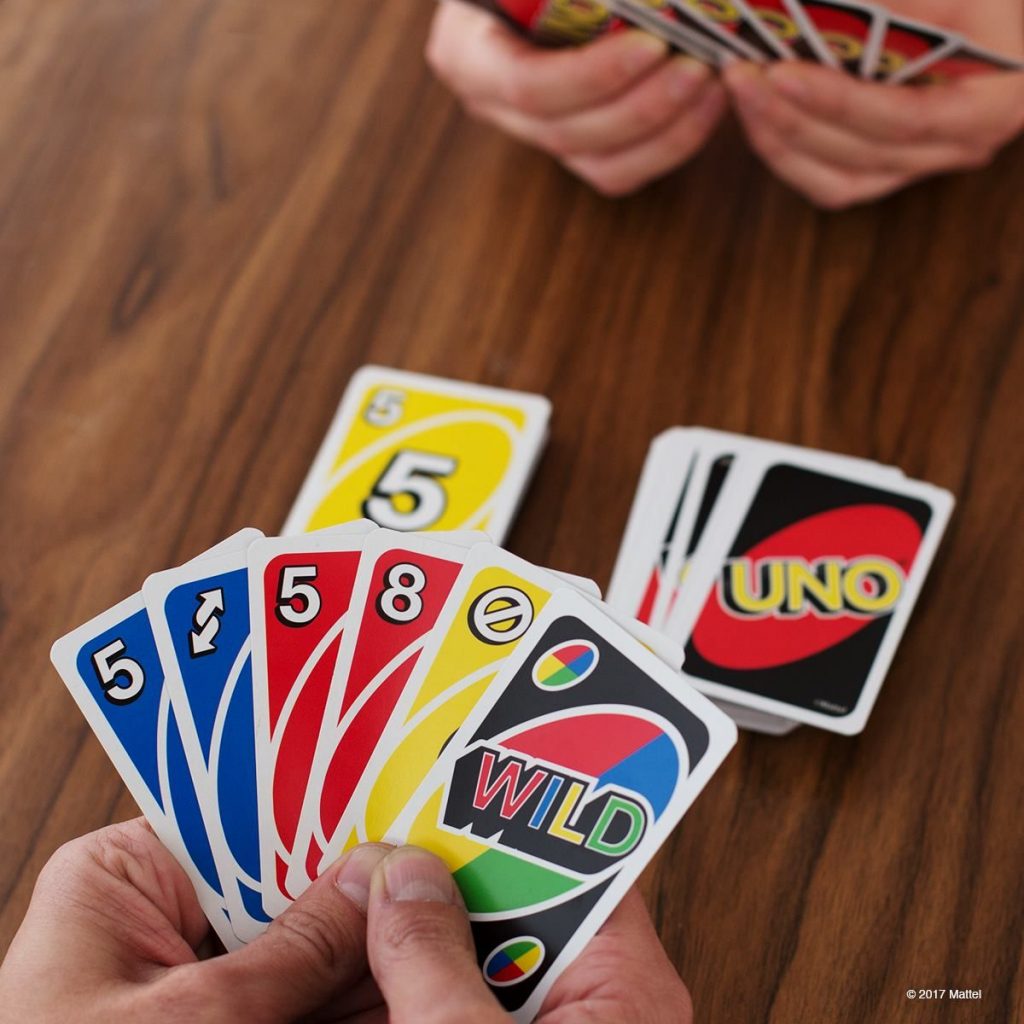 When it’s their turn, the player can match either the number or colour of the face-up card with a card in their hand. If the card is matched, the game continues to the next player. If the player doesn’t have a matching car but a Wild Card or Wild Draw 4 in their hand, they can decide to play the card. Wild cards let you choose any colour.

Take the topmost card from the draw pile if you can’t play a card from your hand. If the card you draw can’t be played, continue taking cards from the pile until you get a suitable card. You aren’t obliged to match the card from your hand. You can choose to play a Wild Card or draw a new one. If you decide to elect cards, you must keep drawing until you get a playable card. Once you match the face-up card, the play continues to the next player. The beginning of this game starts to the left of the player in a clockwise direction.

Taco Cat Goat Cheese is one of those card games that never gets old and every player (no matter their age) will have great fun. This is a game with 64 playing cards and 2 instruction cards. Shuffle and distribute the cards evenly face down to every player. Get rid of all your cards and be the first to hit a match. The player to the dealer’s left places a card in the centre (face-up) saying “Taco”. The player on his left puts their card face-up and says “Cat”. The game continues this way (“Taco”, “Cat”, “Goat”, “Cheese”, “Pizza”) until the card laid matches the card spoken by the player (if they put down a ‘Pizza’ while saying “Pizza”) 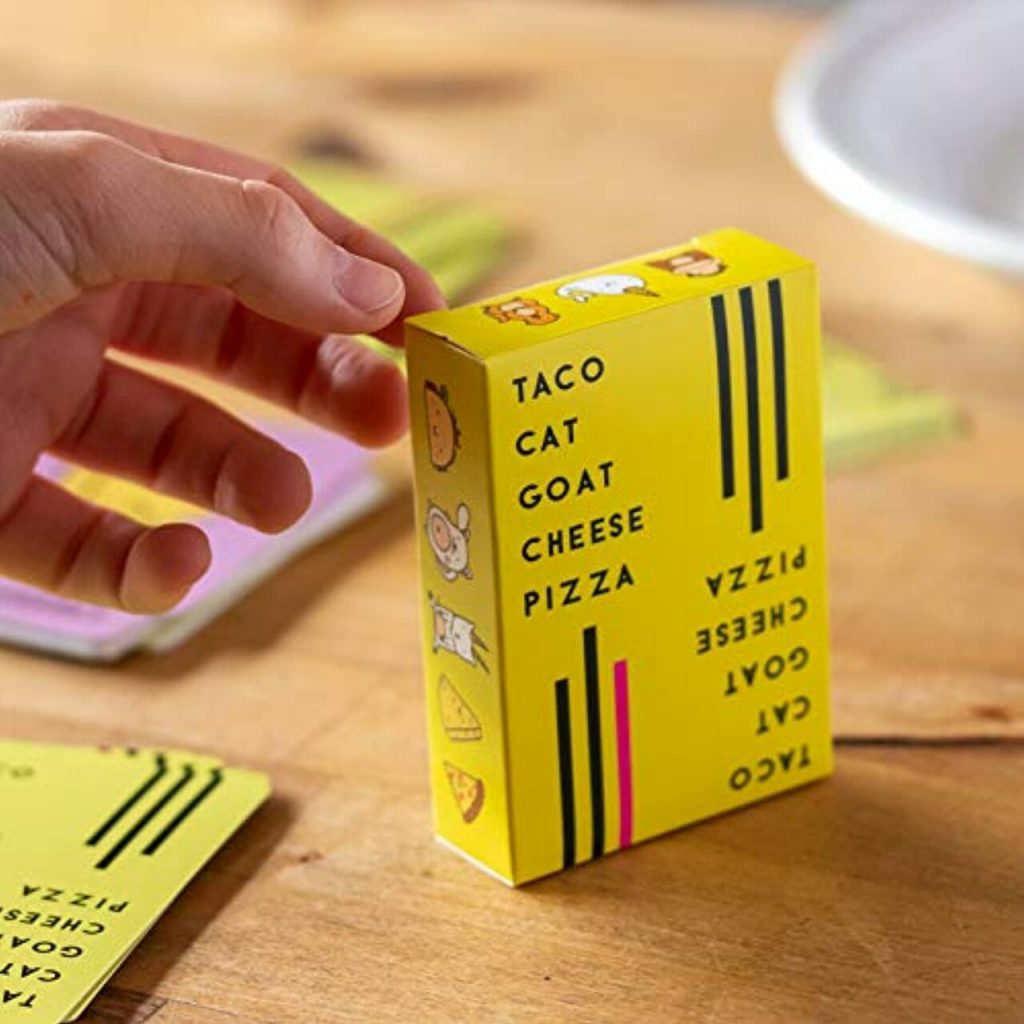 When this happens, the players must slap their hands on top of the pile in the centre, and the last player to do this takes the whole pile and puts them on the bottom of the pile in their hand. Then they continue off the next round saying “Taco”, the next player says “Cat” and so on.

Choose a player at random to be a dealer. The number of cards the player deals is independent. For instance, first-hand, the players get three cards, the second four and so on. This keeps going to the eleventh hand when players should have 13 cards. Put the draw pile in the middle. The deal should overturn the card on top of the draw pile and make a separate pile (discard pile).

The player to the left of the dealer starts the game. The players can choose to add the card on top of the draw or discard the pile to their hand. The player who’s turn is next should use the cards in their hand to make sets or runs. The play continues until one of the players can create a set or run with all cards in their hand. When this happens, the play goes one more time as the other players try to create a set or run with their cards.

When playing card games with your children, you will find that this game is one of the easiest. Shuffle the cards and lay them in rows facing down. The youngest kid opens the first two cards. The other players do the same. Encourage your kid to memorize cards so they can match two same cards. The game continues until there’re no more cards to match and the winner has the biggest number of paired cards. 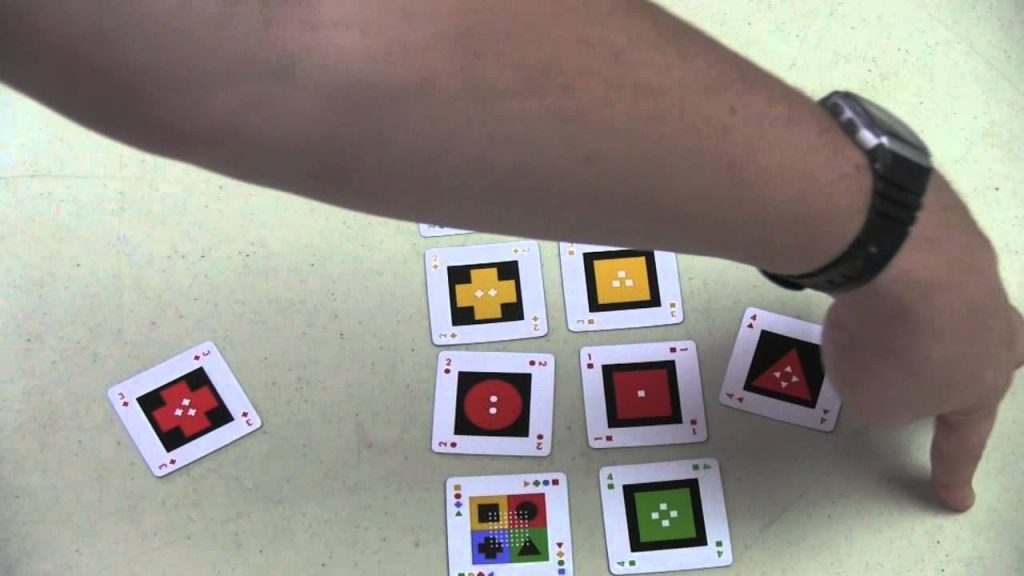 Players can add 1, 2, 3, or 4 cards from their hand but the cards must be played next to a card that’s already in the grid. The cards should be played in the same line and every individual characteristic should be all the same or different on each other in the line. The max length is 4 cards.
There are 2 Wild Cards in the deck that you can use to represent any combo you’d like to be to fit in that position. If you want it to be “1 Blue Square” then it will work as that combo. If another player later has the same combo, they can replace that Wild Card with the actual card and then use the Wild Card themselves.

After playing cards to the grid, players get points based on the cards in the lines they made. Just add up the value of each card in each line formed or added to. If a card is in two lines, it scores twice, and if players add the 4th card in a line that’s called a “Lot” (their points are doubled).