Trailers are pretty much ubiquitous in Australia. A lot of people use them on a daily basis, and that might mean that a lot of people merely own trailers. However, that’s not exactly the case because you can easily rent a trailer for your needs. That might be construction work, it could be for moving, or it could be for simply moving some stuff to a different place. The catch is, you might only need that trailer for a small amount of time and don’t want to commit to buying a whole new trailer. Luckily, there are plenty of other reasons for renting trailers. Just make sure that you’re properly equipped when you’re towing them.

Most people think that owning a trailer is the only option they get when they need to use one. However, that’s not exactly the case. On top of that, there are several advantages why you’d want to rent a trailer in the first place.

Not everyone is able to afford the full price of the trailer, period. This should be completely understandable for most people, as it can be an issue for a significant number of people all throughout the world. When you’re buying a trailer, you might end up greatly depleting your financial reserves, and you don’t know anyone that owns a trailer so that you might borrow theirs for a while. Instead of going through the entire hassle of purchasing a new one, you simply go for the rent trailer option because that definitely makes the most sense when you don’t want to spend a lot of money on buying a whole new trailer.

More often than not, you need a trailer only for a short duration. You might not always need to have a trailer on hand, so there would be no need to outright buy one. If you don’t need to have a trailer for a long time, why even bother buying it in the first place. If you plan on renting the trailer short term, you won’t have to deal with all the paperwork of owning a trailer, as well as the financial side.

Depending on where you live, parking location is probably a premium. Space is entirely finite, especially storage space, and trailers tend to take up a lot of it. IF you own a trailer, you’re in charge of finding a special location where the trailer is going to be safe and sound at all times. If you rent one, you’ll only need to take care of it for a very short time.

Maintaining any type of machinery and tools requires money and effort. It’s not something that can be done within a moment’s notice, so you can’t really expect that you’ll be able to take care of the trailer if you don’t have the time. If you rent a trailer, the maintenance doesn’t fall on you, so you’ll be able to merely use the trailer as you see fit, but you won’t have to maintain it afterwards.

If you have got a mind of owning things, then you’ll definitely want to buy a trailer because there are a lot of benefits to it. Buying is definitely different from renting, even if some places allow you to purchase the trailer you’ve been using via their renting service.

Owning something like a trailer is a capital investment. That means you’ve spent your money on something that’s now become an asset for you, and it can be considered a commodity. As something tangible, you can freely decide what to do with the trailer. You can use it just for yourself, you can rent it out, and you can sell it whenever you want. It’s a business investment that makes a lot of sense to the business-inclined. 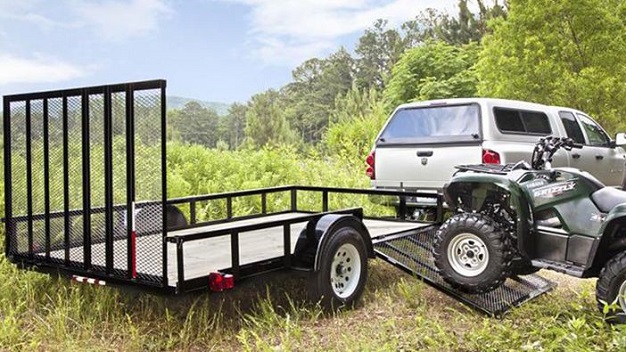 Unless you let the trailer go to waste, which you definitely shouldn’t, such an investment will always be able to make a return. That means that the money spent on it is not fully lost, and in some cases, not lost at all. You can easily make more money by using that trailer as part of a business venture. You might end up making significantly more money than you’ve spent on it, and that’s an extremely positive thing.

The best thing about owning things, in general, is that it’s there for you to use whenever you need it. There are no hidden costs, no hidden plans, and nothing else to distract you from simply using it at a moment’s notice. If you rent, there is this small procedure that you need to go through, and then there are clauses that you have to respect, while you can do whatever you please with your own trailer.

This is something that everyone intrinsically understands because it all comes down to owning things. When you own something, such as a trailer, there are no other costs to using. While most companies charge perfectly fine for using their trailers, sometimes there are hidden costs, such as late drop-offs. If you own the trailer, you won’t have to be aware of things like that.