Lighting your home is part art and part science. You need to have a keen eye for aesthetics and good knowledge of lighting technology in order to illuminate your home in a way that makes it beautiful and functional at the same time. So, you’ve seen the artful effect LED downlights can have on a space and wonder about the science behind it. If you’re planning to use an LED downlight kit in your home, here are some important things to consider. 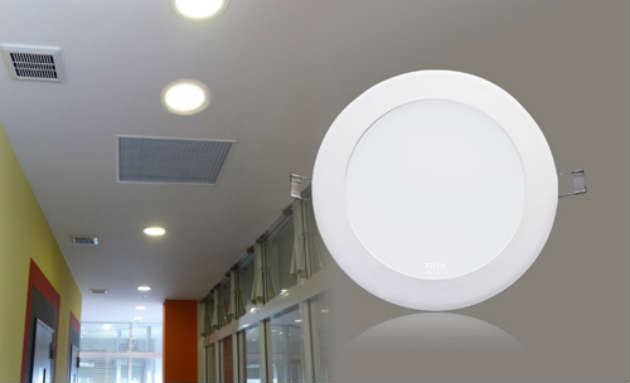 What Is LED Downlight?

Downlights are flush fixtures which are recessed into the ceiling or another horizontal surface and direct their light down into a narrow beam. Opposed to pendant lights and chandeliers, downlights do not overwhelm the space visually which makes them perfect for small rooms and rooms with low ceilings. Additionally, their flush design allows them to fit anywhere, like for instance under a wall-mounted cabinet or inside a closet. As a result, they are one of those rare lighting fixtures that can be used for accent lighting, task lighting and even ambient lighting.

To use downlights as accent lights, install them strategically above important features in your home that you want to showcase. Like for instance a gorgeous painting, wall moulding or a sculpture. Downlights are an especially popular choice of task lighting in the kitchen. You can install them on wall-mounted cabinets above the countertop and get more focused task lighting when preparing your meals. They also work great when used as bathroom lighting. For ambient lighting, you will need to use an LED downlight kit consisting of enough fixtures to functionally illuminate the whole room.

How Long Do LED Downlights Last?

Downlights can be hard to replace as they are often high up on the ceiling. But a great advantage of LED downlights is that they have an incredibly long lifespan. With an average running life of 30 000+ hours, it will take years before you need to swap out an LED downlight for a new one. Compared to halogen lights that only last around 1000 hours and CFLs that have a lifespan of 8000 hours, LEDs are definitely the most energy-efficient, money-saving and low-maintenance choice. 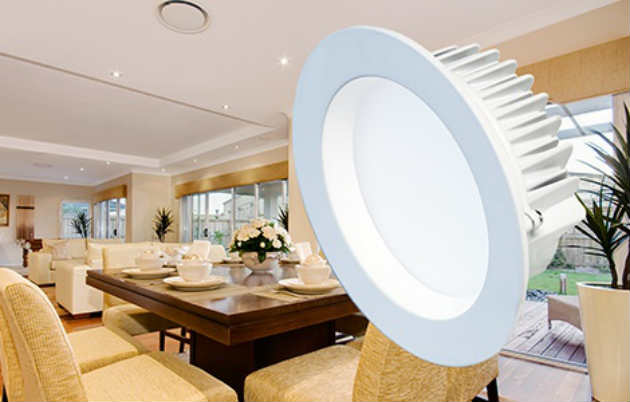 What Size LED Downlights Do I Need?

Generally, the larger the LED downlight the brighter the beam it produces. In residential settings, the most commonly used sizes of LED downlights are 70mm and 90mm. 70mm downlights can produce a beam that ranges from 500 to 900 lumens. They are roughly the equivalent of 35W to 50W halogen lights. On the other hand, 90mm downlights produce beams between 800 and 1100 lumens, or the equivalent of 45W-60W halogen lights. Areas that don’t need a lot of brightness such as the hallway, living room or dining room can benefit from 70mm downlights. On the other hand, 90mm lights are able to provide better illumination for the kitchen and the bathroom.

How Many LED Downlights per Square Metre?

To be honest, there’s no exact formula on how many lights to use in a room. However, you can follow a practical rule of thumb which says that there should be at least one downlight per square metre with one metre spacing between each downlight. However, rooms that need more light, such as the kitchen and the bathroom will benefit more from 2-3 downlights per square metre.

Additionally, the downlights closest to the walls should be placed no further than 60cm. The 60cm is the most common width of furniture like bookcases and cupboards that might be leaned against the walls. This way, once your downlights are installed, there will be no unsightly shadows from furniture blocking the light.

When it comes to the layout of the fixtures, you don’t have to limit yourself to straight rows. Think outside the box and use the fixture’s mini-design as an advantage. You can improvise and place them in any order without disturbing the balance of the space. You can install them in circles or even scatter them around the ceiling to create a starry sky atmosphere, let your imagination run wild. 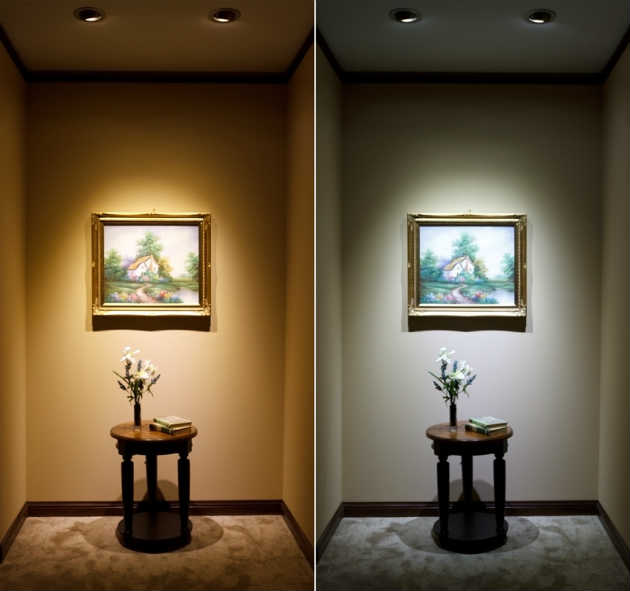 What Colour Downlights Are Better?

Downlights are available in warm white, cool white as well as other colourful hues such as blue, red and green. Although it’s all matter of preference, it’s recommended to install cool white downlights for task-oriented areas such as the kitchen or bathrooms. A cool white light gives the space a more professional feel and provides optimal illumination for reading, writing or cooking. On the other hand, warm white lighting is all about relaxation, and as such, it’s ideal for bedrooms and living rooms. Downlights in other colours are mostly used as accent lighting to set the mode in living rooms and bedrooms.