“…At the going down of the sun, and in the morning, We will remember them.” The Anzac Ode commemorates fallen Australian and New Zealand service personnel who made the ultimate sacrifice to uphold the values we deem sacred and embedded in our way of life. April 25th has marked a pivotal day in creating a national consciousness in both countries, and honouring lives lost for well over a century.

Both Australia and New Zealand have committed military personnel in a number of global conflicts. Though the First World War is the onset of major involvement, prior conflicts like The Boer Wars at the turn of the 20th century mark the beginnings in which the newly independent nation set its mark on a global scale. A substantial number of lives were lost in following conflicts, particularly World War Two, and the Korean and Vietnam Wars that soon followed. Since the establishment of the United Nations, Australia has committed troops in peacekeeping missions worldwide, a commitment that is has honoured to this day. A growing number of troops have received foreign awards and medals for their contribution to recent military operations in East Timor, Iraq and Afghanistan.

To honour its fallen and wounded servicemen and women, active reserves and in recognising civilian contribution, our country issues a number of Honours and Awards. These include the Victoria Cross as the pre-eminent gallantry award in the Australian system, issued since 1856, and officially approved in 1991. Crosses and medals are issued for Conspicuous and Distinguished Service as are Commendations for Conspicuous and Distinguished service and Gallantry.

Australian Awards mark outright recognition for outstanding achievement and service, the highest being the Companion of the Order of Australia. Imperial awards include various missions involving specific armed forces. Navy medals within the Imperial award system include the 1939-1945 Star, the Atlantic, Arctic, Burma and Pacific Stars, the Australia Service Medal 1939-1945, the General Service Medal, the Mercantile Marine Medal and the Naval General Service Medal 1915-1962. Naval medals have been awarded in foreign missions under the United Nations, and in cooperation with NATO forces; the most recent is the Timor Leste Solidarity Award. 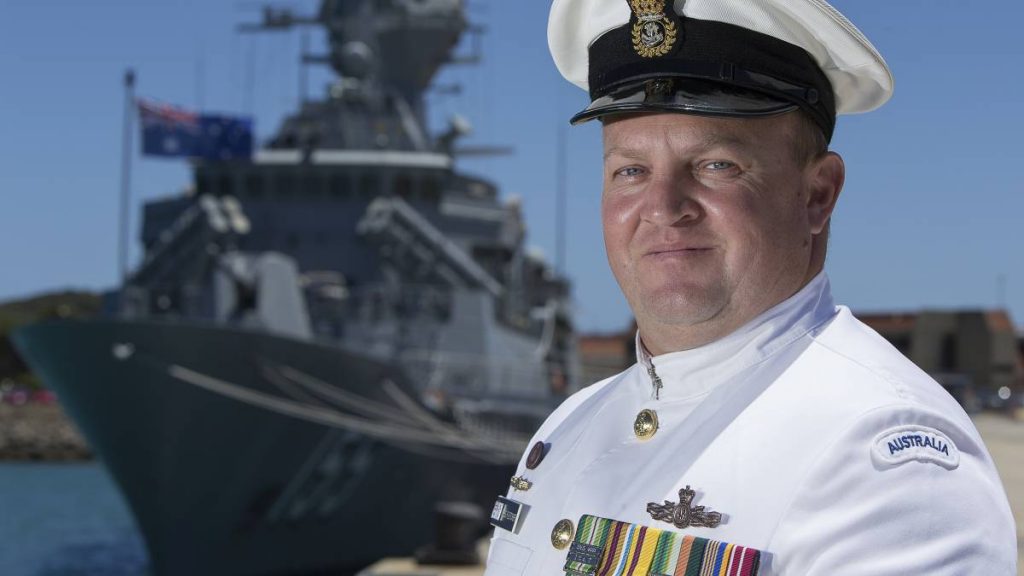 For a full list of awards and honours, see the Australian Department of Defence website. Here you’ll find comprehensive details of medal and ribbon designs, the various missions and units involved, and information regarding medal wearing order.

The Department of Defence issues around 30000 medals and processes around 15000 applications annually. Applications are approved to current and past military personnel and immediate family members. If you don’t fall into this category but are interested in purchasing medals honouring current and past personnel and Australian military involvement, replicas are sold through approved and affiliated retailers. To distinguish them from the original items, they’ll also be marked as such.

Replicas are sold as either full-sized or miniature copies of the original. You’ll find full-sized replicas of medals awarded during various military campaigns, along with copies of the matching ribbons. Court and swing style mounting allows for minimal movement when worn. Full-sized ribbons take clasps depicting the military operation, and multiple clasps can be worn for numerous recognitions within the same campaign. Dedicated cases, medal display frames and wallets can also be purchased. 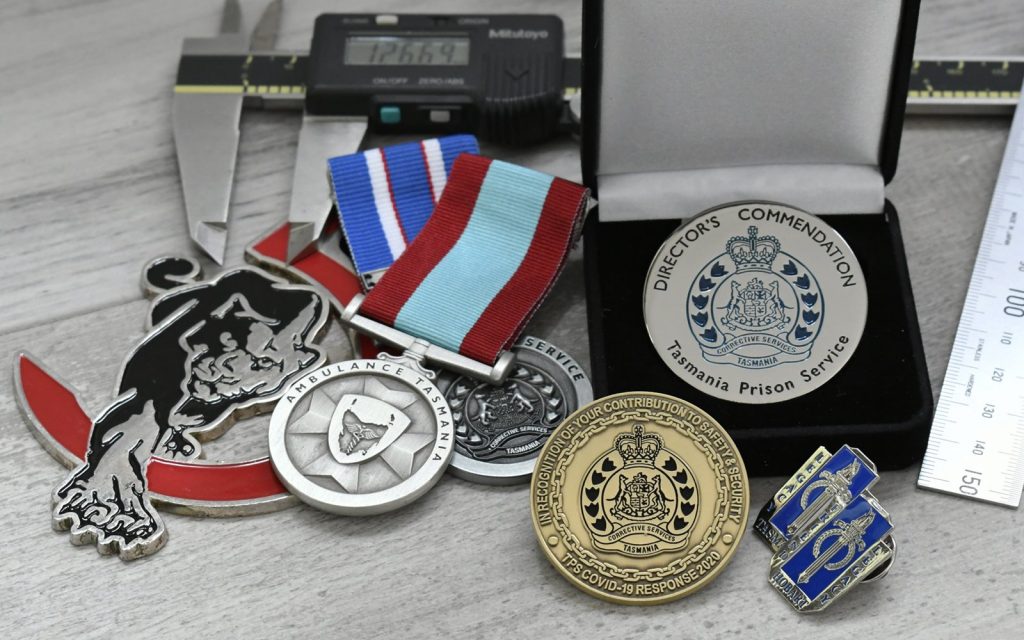 Ribbons for various operations are sold in different lengths, as are ribbon bars. They come in a number of different configurations and clutch pins for uniform attachment. You’ll also find mounted full-sized and miniature common groups, of complete medals, ribbons, clasps and bars for every campaign Australia has been in. Miniature replicas will understandably be cheaper to buy.

You can buy replica medals, clasps, ribbons and bars, along with numerous military memorabilia and gifts in dedicated military shops, some with direct cooperation with the Defence Forces. Well-stocked shops will include all medals and recognitions awarded from every major campaign. You can also find different types of gifts for current and past service personnel within all defence organisations, including the RAAF, the Australian Army, the Royal Australian Navy, as well as gifts for veterans in past missions. 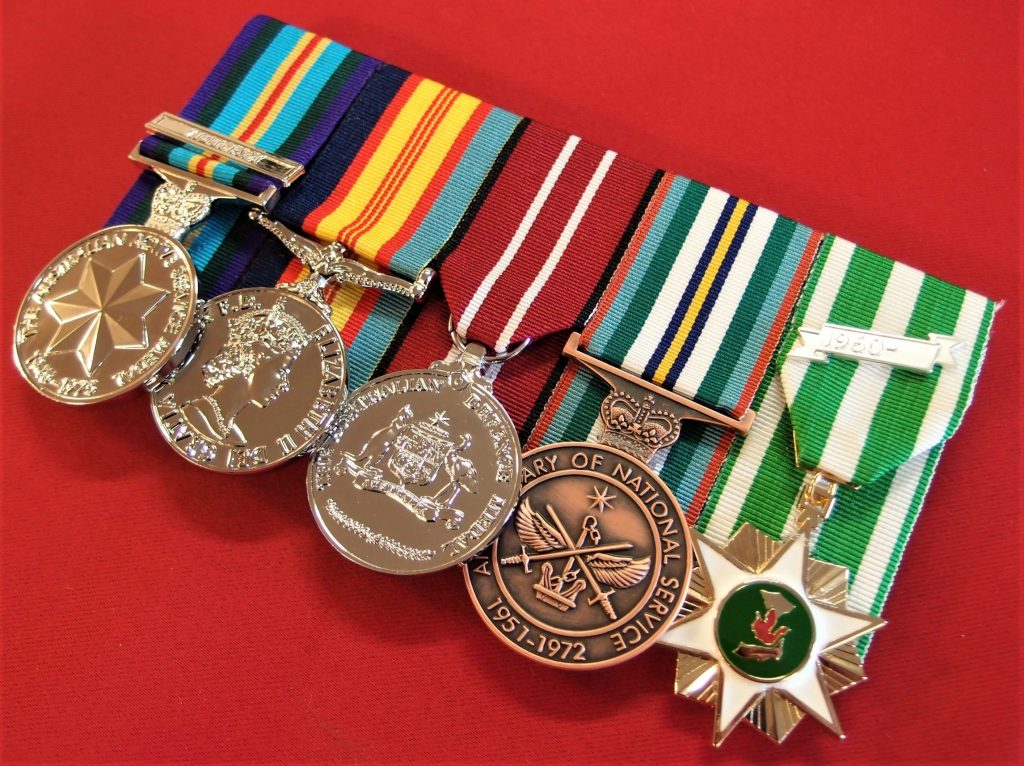 Original medals will undeniably have the most value to direct recipients and immediate family members of fallen soldiers. Something that resists pecuniary evaluation. As with all vintage items, medals will have value to collectors. Medals awarded for gallantry in major war efforts will be rarer than general campaign medals issued to all service personnel. Medals issued to famous military figures within particular units, that have affected the outcome of a battle, will also be more sought-after items. Since there are fewer of these around, they’ll be the ones most collectors will want to get their hands on, and this raises prices. The historical, and therefore the monetary value of individual medals will depend on the significance of the nation’s military involvement. Prized Australian medals in this sense include those from both World Wars.

Military medals are evaluated also by their material content and condition, besides historical and military significance. Medals with larger amounts of precious metals, and in good condition will sell for more. If you’re selling military medals, a good idea would be to get an expert evaluation before parting with something of high personal and historical importance.