Cameras have become a very important part of our lives, from CCTV and smartphone photography to medical equipment and outer space as well. The technology behind them has been present for more than 100 years now, however, only a special type of cameras can be used for heat detection – infrared cameras. These are used to determine the location and level of heat present in an object. A thermal camera lets us see the invisible world of infrared rays with the help of a thermal sensor, lens and processing electronics.

Unlike regular cameras, thermal ones do not require visible light in order to detect heat, which makes them useful for installing insulation, roofing, military operations and more. A manufacturer that has seen great success with thermal cameras is exactly FLIR , a 40 year-old company that pioneered high-performance and low-cost thermal imaging systems. Not only is their name synonymous with the field of work they do, their products are too with a great example being their E6-XT thermal imager. 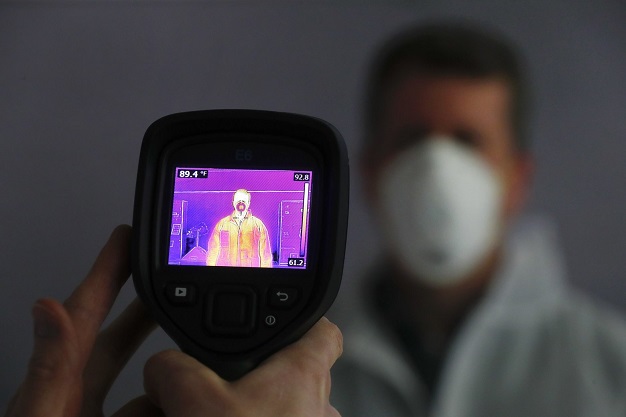 The FLIR E6 infrared camera is equipped with MXS technology which allows it to deliver unparalleled image details and it also comes with FLIR’s own tools software. This software is provided to allow for both image analysis and reporting. The colour display comes with adjustable brightness settings and the imager has a simple and intuitive menu interface for easy access and navigation. This FLIR E6 camera has a micro USB interface too, allowing the user to connect it to a PC or Mac. With the FLIR E6 you get automatic image adjustment and image lock too as well as picture-in-picture mode and thermal blending. The E6-XT has an automatic reflected apparent temperature correction which adapts based on the input of reflected temperature itself.

What Does FLIR Stand For?

The abbreviation FLIR stands for Forward-looking infrared and it mainly refers to camera sensors used to detect infrared radiation. It was first used in 1978.
What is The Difference Between FLIR and Thermal?
FLIR or also known as an active IR (infrared) system works by using infrared light with short wavelength to illuminate an area. This makes some of the infrared light reflect back to the camera module and then gets read. With thermal imagers the operation is different, here the device itself isn’t actively sending short wavelength infrared light. Instead, thermal imagers are passive as they are only used to detect the difference in heat and not actively search for it.

Can FLIR See Through Walls?

Although a thermal imager or a FLIR device can detect heat inside objects, when it comes to seeing through solid objects such as a wall, no device can do so. This is because walls are usually thick enough and insulated to the point where if you were to have a thermal imager or a FLIR pointing at it, there won’t be no data to show what’s behind it. In other words, the heat that the imager or FLIR will read will be coming from the wall itself and not from an object behind it.

What About Other Instances?

When it comes to seeing through fog, thermal imaging can detect heat but it will be limited due to the scattering from the water droplets. Glass gives interesting results as it provides the thermal camera with the heat coming from you since it reflects infrared light too. Metal surfaces can be tricky, especially when polished since the shine can make it act the same way as glass. Thermal cameras can see through smoke and plastic too but they are not able to see through tree trunks. Despite that, they are used in search and rescue situations since thermal imagers can detect heat signatures in forested areas.