FPV drones work in conjunction with a camera and an FPV transmitter to allow the person controlling it get a better view. This type of drones can be used for racing, exploring unknown places or to shoot great cinematographic videos. With these drones, you can navigate through tiny gaps and areas like forests. FPV stands for First Person View, and that’s what you get from this type of drones with the help of certain parts and accessories which are necessary for making this experience possible.

What are the Parts of a Drone? 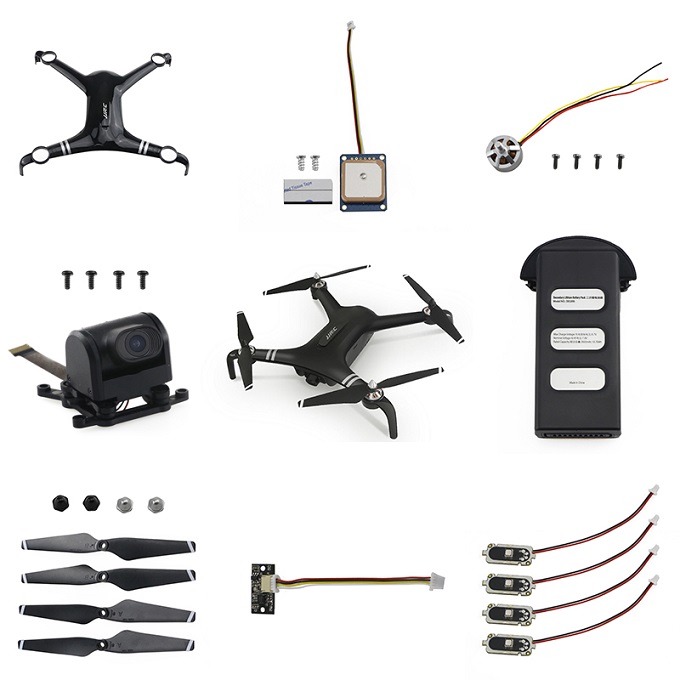 First in line is the frame or rather the chassis which is the most important structure since this is where all the drone parts and accessories go. The size of the frame also determines the size of the rest of the drone parts and it is also different for different types of drones. For FPV drones a larger frame is preferred to support everything on it since you also have a camera alongside other parts.

Motors are what makes the drone move but they are also what drains the battery. This is why you need to look for motors that have the correct kV rating. The number of revolutions per minute are measured in kV and the higher the rating a motor has, the faster the drone will be but this also means less torque and vice versa. The motor’s kV rating needs to go hand in hand with the propellers too.

The circular movement of these drone parts is what makes the drone go airborne. They also dictate the speed and manoeuvrability of the drone. For example, a bigger propeller will make for a more stable flying and more torque but the drone won’t be able to change speeds very fast. Smaller propellers won’t deliver as much torque and manoeuvrability but they will consume less power and provide higher speeds. For an FPV quadcopter, you’ll need two CW (clockwise) and two CCW (counter clockwise) propellers. 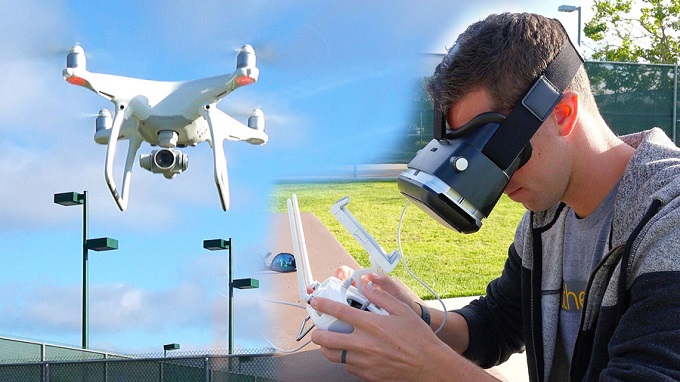 This drone part is known as the brain of the drone and it has most of the wires going to it. The flight controller has sensors that provide it with information regarding movement which then the controller uses to calculate how fast each motor should spin. This is basically a small computer inside the drone.

What helps interpret the electric signals from the flight controller to the motors is the ESC (electronic speed controller). This drone part converts those signals into phased electrical impulses that set the correct speed of the motors. This is why the power rating of an ESC needs to be higher than the combined rating of your motors.

The supply of power won’t be possible without a battery. While FPV drone batteries may not allow for long runtimes they are easy to replace. These are usually Li Po batteries which provide a consistent flow of energy all the way up to 80% of the battery’s capacity. After 80% of the battery has been used up, the power drops rapidly. This is where they need to be charged so further issues do not arise. 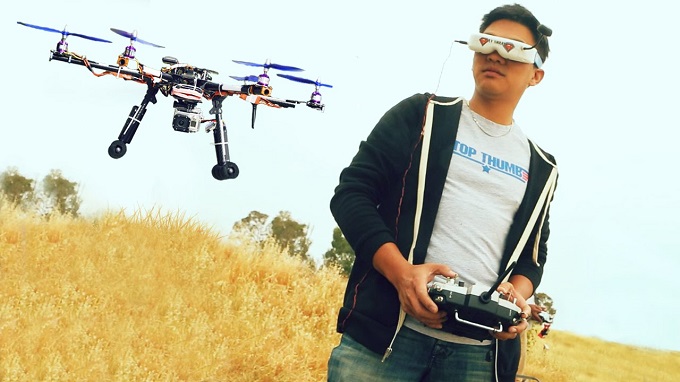 The main feature that sets PFV drones apart from other types of commercial unnamed aircraft is nothing without FPV goggles. These goggles are what makes the experience so immersive be it for racing or shooting a movie. There are two goglges to choose from, low profile and box goggles.

Although an FPV drone may have internal storage, it is recommended to have an SD card just in case it gets full. You will need extra storage especially when you are going to be shooting high resolution videos at a high frame rate. But this is not the only thing you need to consider, the class of the SD card is important too which translates into the transfer speed of files. So, for example, a class 2 SD card will transfer files at a speed of 2 MB per second. A 1GB file will take up to 9 minutes to transfer – the higher the class the faster the speed.

For this type of drone, a lanyard is a must-have as there will be a lot of times where you’ll need to set the controller aside. It will prevent you from constantly bending down and running the risk of the controller slipping out of your hands and getting damaged. If you are not using goggles, the lanyard can provide great support for a sunshade.

A big sunshade can add a considerable amount of weight to the controller but it will also improve the visibility when the screen of your controller or smartphone is exposed to direct sunlight. If you are using goggles, a sunshade won’t be needed.