Among the many mouth-watering foods that come from Italy, we got the creamier, silkier, smoother and healthier cousin of ice-cream, the one and only – gelato. The history of this delightful frozen dessert is rich as its flavour. 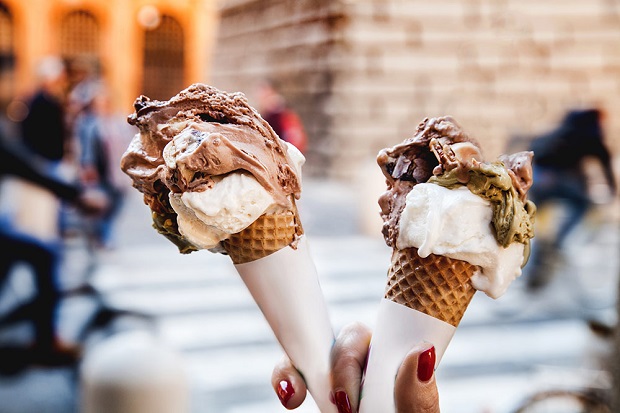 It all started way back in the 16th century when Bernardo Buontalenti, famous Italian architect, military engineer and artist, was asked to organize a banquet by the Grand Duke of Tuscany, Cosimo I de’Medici. Buontalenti was an expert of the ice conversion and he used his incredible talents to come up with a splendid new dessert for the occasion.

A few years later, Francesco Procopio Dei Coltelli a prominent chef from Sicily, opened his café in Paris, where he sold a wide array of refreshments among which spices, iced drinks and his improved version of gelato. He had a special royal license from King Louis XIV that gave him exclusive rights to these unique desserts and quickly become known as “The Father of Italian Gelato”.

Up until the 20th century, the art of Italian gelato was passed from generation to generation. It took long years of improving, perfecting and mastering the art of gelato before it rose to global fame. When Italian gelato makers began to emigrate, they carried their culinary treasure through the world and the rest was history. 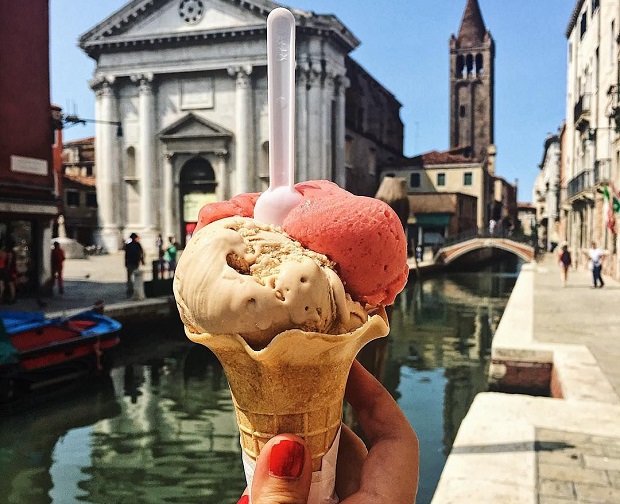 If you want to treat your customers with this heavenly dessert and keep them coming back for more, there’re some very important things to consider. Continue reading to find out what it takes to sell the best gelato Australia wide.

How is Gelato Different from Ice Cream?

First, let’s get this one straight. Gelato is often referred to as ice-cream because they’re both frozen desserts. Although the world gelato literally means frozen, this sweet treat has four key distinctive characteristics from good ol’ ice cream including:

As previously mentioned, gelato is creamier, smoother and denser than ice-cream because these two significantly differ in composition. Gelato goes easy on the cream and heavy on the milk. It has much less fat than ice-cream which allows for enhanced flavour. Also, it contains less air than its main competitor, which makes it denser and creamier.

Although both ice-cream and gelato contain sugar, the less amount of fat used in gelato means fewer calories making gelato a more guilt-free pleasure than its icy counterpart. Just for comparison, a ½ a cup of vanilla ice-cream contains 210 calories whereas gelato contains about 160 calories. 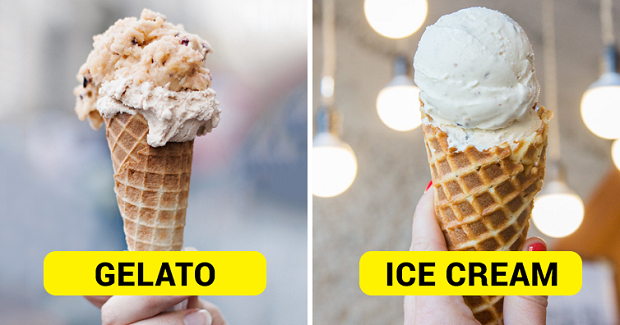 How gelato is stored is equally if not more important than how it’s made. If you want to maintain the creamy consistency, you need to keep it 10-15 degrees warmer than ice-cream. Authentic gelato shouldn’t give you a brain freeze; instead, it should provide gentle refreshment and delight your taste buds.

Last, but not least, gelato shouldn’t be scooped with a deeply rounded spoon; you should use a flat spatula also known as a spade to serve the dessert. This will further soften the gelato and allow for a greater artistic touch.

The Importance of Gelato Cabinets

We briefly touched upon the importance of proper storing of gelato, but let’s delve deeper and see how gelato cabinets can make or break this creamy goodness. It doesn’t matter if you’re running a gelateria, café or a patisserie, if you want to be famous for your gelato, you’ll need to have a quality gelato freezer which will keep this frozen dessert nice and safe.

Have you ever tried gelato that tasted like a brick? This doesn’t necessarily mean that the parlour hasn’t used quality ingredients or doesn’t have a good recipe; it might mean that the dessert hasn’t been stored at the right temperature. Icy-cold gelato may alarm your customers that your product isn’t freshly made i.e. it’s deep frozen to extend its fridge life. The Italian delicacy should be stored in a specially designed gelato display cabinet that’ll keep the dessert between -10 to -12°C, unlike ice-cream which needs a colder environment between -20 and -18°C to maintain its structure.

When gelato is preserved at a colder temperature, the cold numbs the mouth so you can’t taste the rich, creamy flavour. When looking for gelato cabinets for sale, check whether they can assure high performances in all environmental conditions. The hot Australian sun can easily turn deep-frozen ice cream into a soup, let alone gelato, so you’ll also want to avoid this scenario. The best way to go about it is to buy gelato display freezer that has regulation and electronic control of the temperature from –25°C to+4°C to ensure perfect preservation of your gelato at all times.

But your gelato freezer isn’t just an appliance that keeps the temperature at bay; it’s what reels in customers and keeps them coming back for more. The carefully displayed piles of gelato are a feast for the eyes. When looking for gelato cabinets for sale, make sure that the gelato can be seen in all its glory from different angles and that each flavour has its spotlight. This way, your gelato case will do all the talking and you won’t need a sign or a poster saying that you sell some pretty amazing gelato.

How to Choose a Quality Gelato Freezer?

If you wish to start selling gelato or just want to step your game up, here are the things you should look for in a premium quality gelato freezer.

First, the gelato display cabinet should either have less deep space to store the product or incorporate an innovative approach to keeping deeper tubs of gelato at the right temperature from top to bottom. If the cold air touches only the bottom of the trays, the top of your product won’t be displayed correctly. For instance, Frigo Gelo’s gelato display units, incorporate Maxi ventilation that guarantees the perfect preservation of gelato.

Next, these flavoursome delicacies deserve nothing less than to be displayed as true pieces of art. Opt for a gelato display unit that has an elegant design which allows for a complete view of your product without any visual obstacles. The display should have tempered front glasses with a downward opening and a special system to avoid steaming. LED lighting on top of the unit and on the shelves is highly desirable if you want to grab the attention of everyone passing by your freezer.

And finally, you want enough space to hold multiple flavours at once. Some units offer additional space below the clear lids which is ideal if you sell large amounts of gelato on a daily basis.

Commercial gelato freezers aren’t quite cheap, so if you want to get your money’s worth, it’s best to buy your unit from a reputable brand that’s Italian approved.